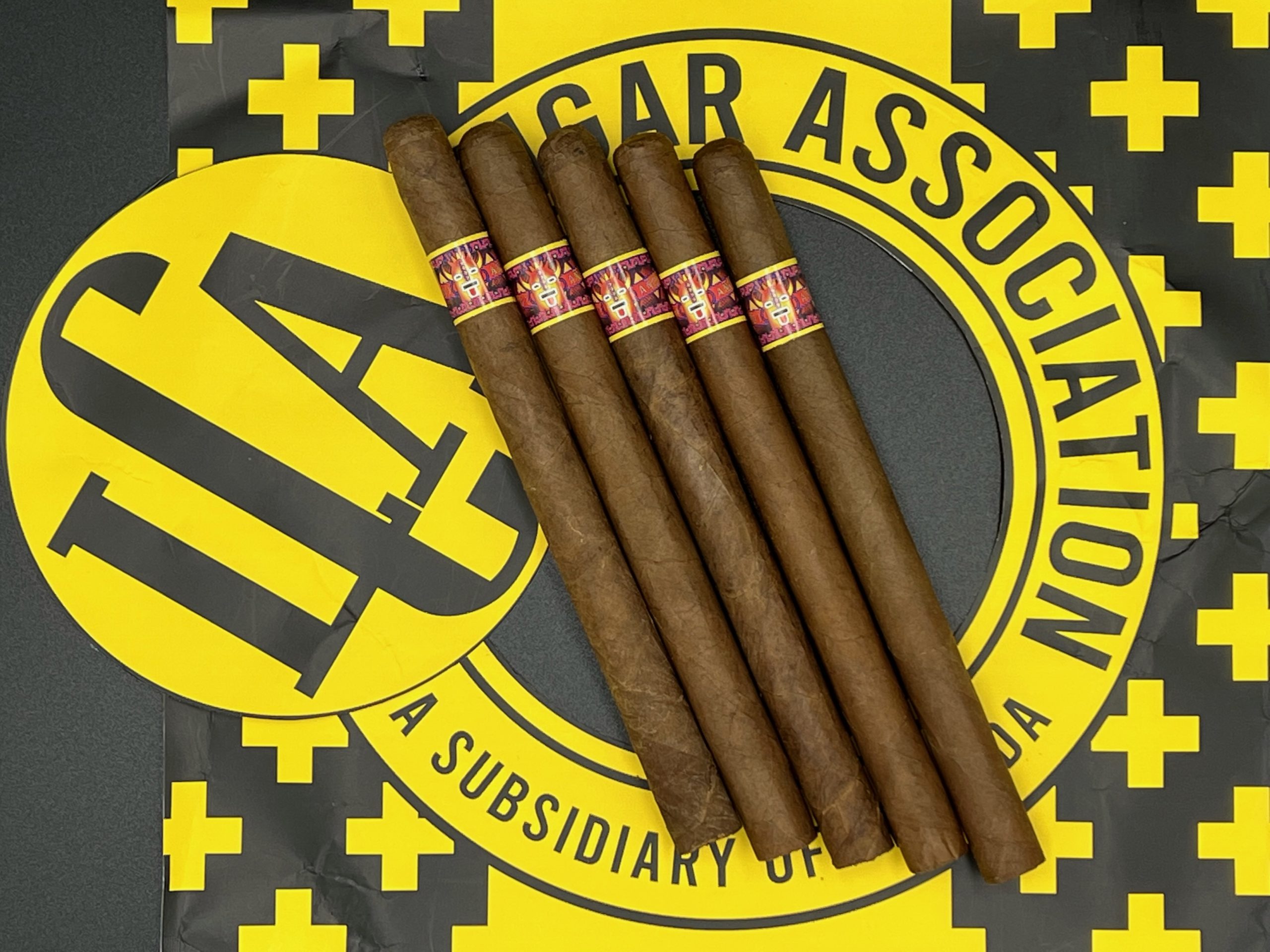 
strength: Med-Full, Medium
Vitola: 7x38, Lancero
Wrapper: Ecuador Habano
binder: Honduran Corojo
filler: Honduran, Nicaragua Esteli
country: Honduras
Package: Five Pack
Per Privada Cigar Club: "Translating to “Old Year,” Año Viejo is a holiday celebrated predominately in Columbia, Ecuador, and Honduras-the birthplace of this cigar. Año Viejo is a New Year’s celebration focused on purging the negativity of the old year to make room for the prosperity and happiness to come in the New Year. The holiday involves a tradition of burning nondescript effigies that are supposed to personify any unpleasantness of the old year, so think of burning this cigar as a peaceful and relaxing opportunity to let go of any negativity from the old year and a celebration of the year to come. Rolled at Tabacalera Kafie in Danlí, Honduras, Año Viejo is a 7x38 lancero featuring a 4-year-aged Ecuadorian Habana Natural Wrapper, a 3-year-aged Honduran Corojo binder from Jamastran, and 2-year-aged fillers from Estelí in Nicaragua plus 3-year-aged fillers from Trojes in Honduras. The cigar has also been aged over a year since rolling." “This is a one and done blend. It has never been made, and will never be made again.” -Dr. Gaby Kafie"