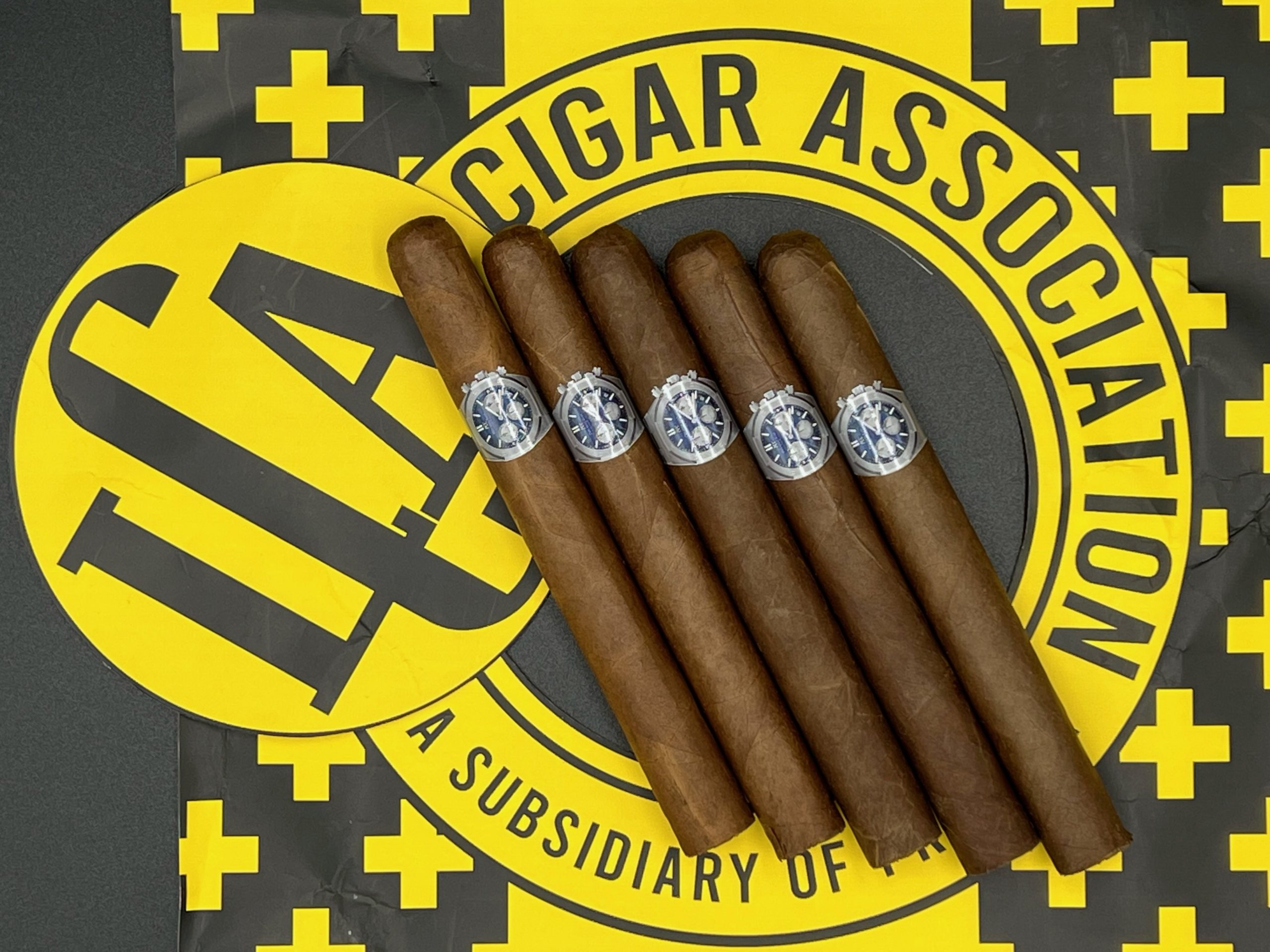 
strength: Medium
Vitola: 6x46, corona
Wrapper: Habano Claro
binder: Nicaragua
filler: Nicaragua
country: Nicaragua
Package: Five Pack
Privada Watch Series, this is the fourth consecutive installment in LCA Plus of the Privada Watch Series. There will likely be more Privada Watch Series cigars later in the year, but this will be the last one for at least a few months. Like the Rose Gold AP from the January release, the Silver AP is based on the legendary AP Royal Oak Chronograph timepiece, but in the steel colorway. The wrapper on this 6x46 cigar is a Habano Claro leaf. All the tobaccos in the blend were grown on AJ Fernandez's farms in Nicaragua, blended by AJ Fernandez personally and rolled at his factory Tabacalera AJ Fernandez Cigars de Nicaragua.